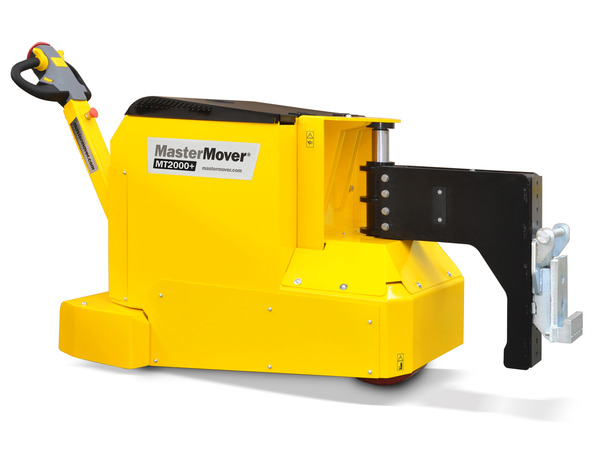 The MasterTug MT2000+ is designed to allow a single pedestrian operator to easily push, pull and steer wheeled loads weighing up to a maximum of 20,000 kg. As part of the MasterTug range, the tug features a castor guard that self-levels to prevent foot trap risks as the back of the tug raises under load. An automatic braking system is a safety feature that stops machine and load if the operator releases the controls or as the tiller arm returns to vertical.